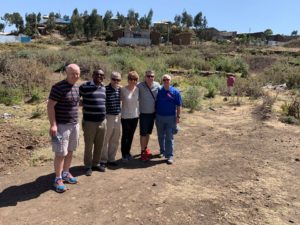 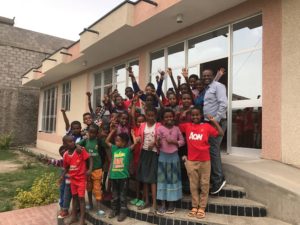 It is a non profit-making Christian-based charity and a non Governmental Organization (NGO).

The link between Ballinderry and ORE was established by the former rector, the Rev Ernest Harris, and his wife Ray in conjunction with Crosslinks Mission Partner Karen Salmon. Ballinderry Parish has been sending teams to Ethiopia since 2006.

It was founded in the year 2000, and works in Ethiopia and Brazil for the well-being and development of orphaned and extremely poor children, using a non-institutionalised ”Community Based“ care approach. It is now also working in India.

The organization’s objective is to take orphans, street children and extremely poor children from their vulnerable situation and to help them to achieve their maximum potential – academically, physically, emotionally and spiritually.

The ”Community Based“ approach means that such children live with their extended family or relatives, or with members of the community. They attend local schools for half a day and spend the other half day at the project centre, where they receive a hot meal, tutorial classes, sports, computer classes, swimming, music, dance, help with homework etc. When necessary they also receive medical help in the  centre’s clinic, school materials, shoes, clothes and any other basic needs they may have. At the centre they also have the opportunity to play and interact with other children.

There are now childcare centres in 3 Ethiopian cities. ORE has 58 staff working on these three sites, supporting up to 700 children. They offer food and care before and after school. Social workers visit the children’s homes to identify those who need extra support. Many of the social workers have come through ORE themselves.

Five parishioners from Ballinderry travelled to Ethiopia in January 2019 to support Operation Rescue. Merville and Thelma Boyd, Shannon Boyd, Ian Megarry and Denis Ferguson from Ballinderry were accompanied by Victor and Rosemary Magowan from Enniskillen. Their visit was to encourage the staff of Operation Rescue Ethiopia (ORE) at the three existing centres in Mekelle, Adigrat and Adwa. The team also visited the construction site of a fourth centre in the city of Maichew. The Boyd family have visited projects in Ethiopia on several occasions. “It is infectious,” said Merville. “The work just draws you in. They are an incredibly friendly people who give us more than we could ever give them.”

“There are many children living below the poverty line who need help,” said Merville. “The government would like to see many more placed with ORE as educational grades are monitored and they can see the difference. The government doesn’t have the finance to do this itself.”

In Ethiopia, Aids is still prevalent and many children grow up in one-parent families.“ORE is trying to set up an addiction support group for mothers with Aids,” Merville said. “It is still killing the poorest of the poor. There are a lot of broken families.

“The day centre is a happy place of fun and learning, but it shrouds the reality of the homes the children come from. It is quite traumatising to see the conditions they live in, often home is a one-room shack with seven children in it.”

Merville said the picture is improving in Ethiopia. Mekelle is a university town, but there are still families for whom there is no leg up. “The real key is to improve education,” he said.

“At the centre, each day starts with a 30 minute devotional before the children go into classes for private tuition. They do their exams in their schools, not in the centre. When they move from secondary school to further education, we help them with things like laptops and continue to give them further teaching assistance.”

The charity funds two social workers at each centre. There is no money spent on administration and Merville stressed that 100 per cent of all donations go directly to Ethiopia. Merville and his daughter Shannon are Trustees, and all staff at ORE are Ethiopian. The charity raises funds through speaking at church meetings, grants, local charitable trusts and child sponsorship.

At present, people in Northern Ireland sponsor 70 children, at £20 a month. A sponsor is asked to commit to following their child through his or her secondary education.

“Denis Ferguson from Ballinderry had the privilege of meeting his 19-year-old sponsor child,” said Merville. “He and his late wife Joyce, who had no children of their own, had sponsored this young lady for a number of years. He was very nervous about meeting her, but when he got to her home she came out and hugged him. She had pictures of Joyce and him and had kept letters that Joyce had written to her. The meeting just emphasised the difference the £20 per month and the odd gift and letter were making.”

Merville said the team’s January trip was to encourage the local ORE staff. “They all go above and beyond their remit. The cooks often have to create meals with no electricity, using just a charcoal oven, the social workers frequently have to work over their paid hours.

“We are always striving to make a difference and it is not just about giving people food and money. It is about controlled education. Even the children recognise that if they can get an education and a job, they will improve life for their whole family.”

There is also a small orphanage attached to Operation Rescue in Mekelle.

The visit in January was Ian Megarry’s first, and he was traumatised when he visited his sponsor child Diana’s home. Diana’s parents had died of AIDS and she lived with her very elderly grandparents in a one- room house. “The rst shock was seeing how thin and unkempt Diana was, even compared to the other children,” Ian said. “There was a sadness about her. It took a while to gain her confidence.“There was very little furniture in their home, but the big thing that hit me was there was absolutely no food. Not even coffee. Diana’s grandparents had no income, and any grants they received went to pay the rent, so Diana was going to school in the mornings with no breakfast, and the only food she was getting was the one meal a day at ORE. It was heart- breaking.”

Accompanied by Denis and the ORE social worker, Ian went to a nearby store and bought food for the family that would last them a month. He has paid a local baker to give Diana some bread every morning for the next two years. “At least when she goes to school she has had a wee bit of breakfast,” Ian said. Ian has sponsored other children before Diana. “It was good to get to Ethiopia and see the good work being done,” he said. “It was a very powerful experience. I would like to go back again.”

“They are told the names of their sponsor child,” said Merville. “This is not just about raising money, but creating links.”

A container full of toys, computers, white goods, medical equipment, curtains and more, arrived at Operation Rescue’s new centre in Maichew at the start of June. When the items are distributed, the container will be used as an office.

“It was a joy to see the faces of those whose lives are going to be made just a little bit happier,” Merville said. 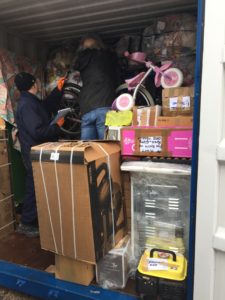 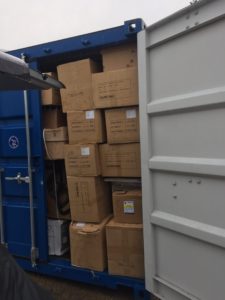 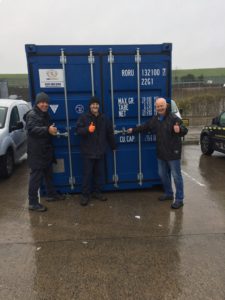 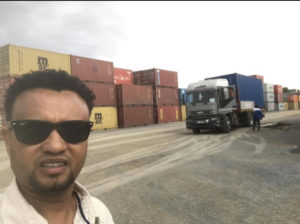 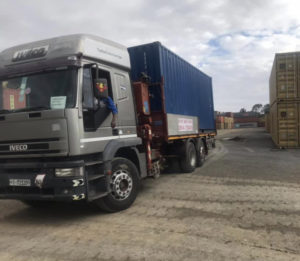 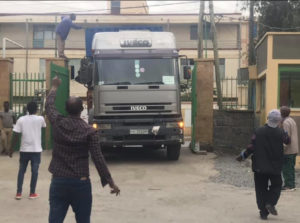 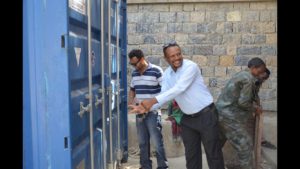 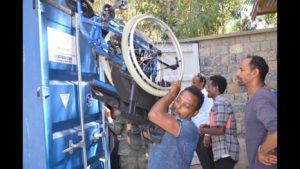 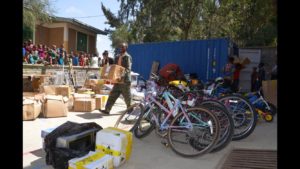 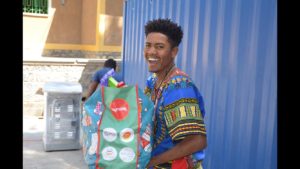 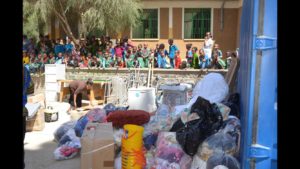 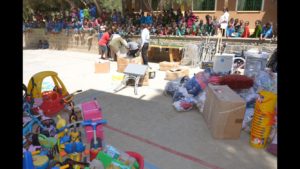 Anyone interested in sponsoring a child should email info@operationrescue.co.uk