The construction of the Middle Church, Ballinderry began in 1664 at the direction of the Bishop of Down, Dromore and Connor, Jeremy Taylor, who also financed its construction. It was consecrated in 1668.

It was built to replace the medieval church of the parish of Ballinderry, the ruins of which still exist two miles away at Portmore, close to Lough Beg. This site was chosen for the new church because it was more convenient and accessible than the old church, being in the centre of the parish and on a country road. This is how the Middle Church got its name. It is also known as “Jeremy Taylor’s Church.” The Middle Church is one of the finest examples of a plantation church in Ulster.

In 1824 the Middle Church was itself superseded by the construction of a new parish church which continues to be the centre of worship to this day. The Middle Church graveyard is still the burying ground for the parish. The oldest headstone dates from the late 17th century.

The Middle Church fell into disrepair after the opening of the new parish church until in 1902 a programme of restoration was undertaken with the aid of a donation of £2,000 from Mrs Walkington of Ballinderry in memory of her husband. The church was reroofed and the windows were reglazed. Prior to the restoration the exterior was whitewashed like a traditional cottage or barn hence its description as a “barn” church. In more recent times the parish has sought to maintain the physical soundness of the building without altering its character. There is no electricity so services are conducted by the aid of candles or other portable lighting and heating. 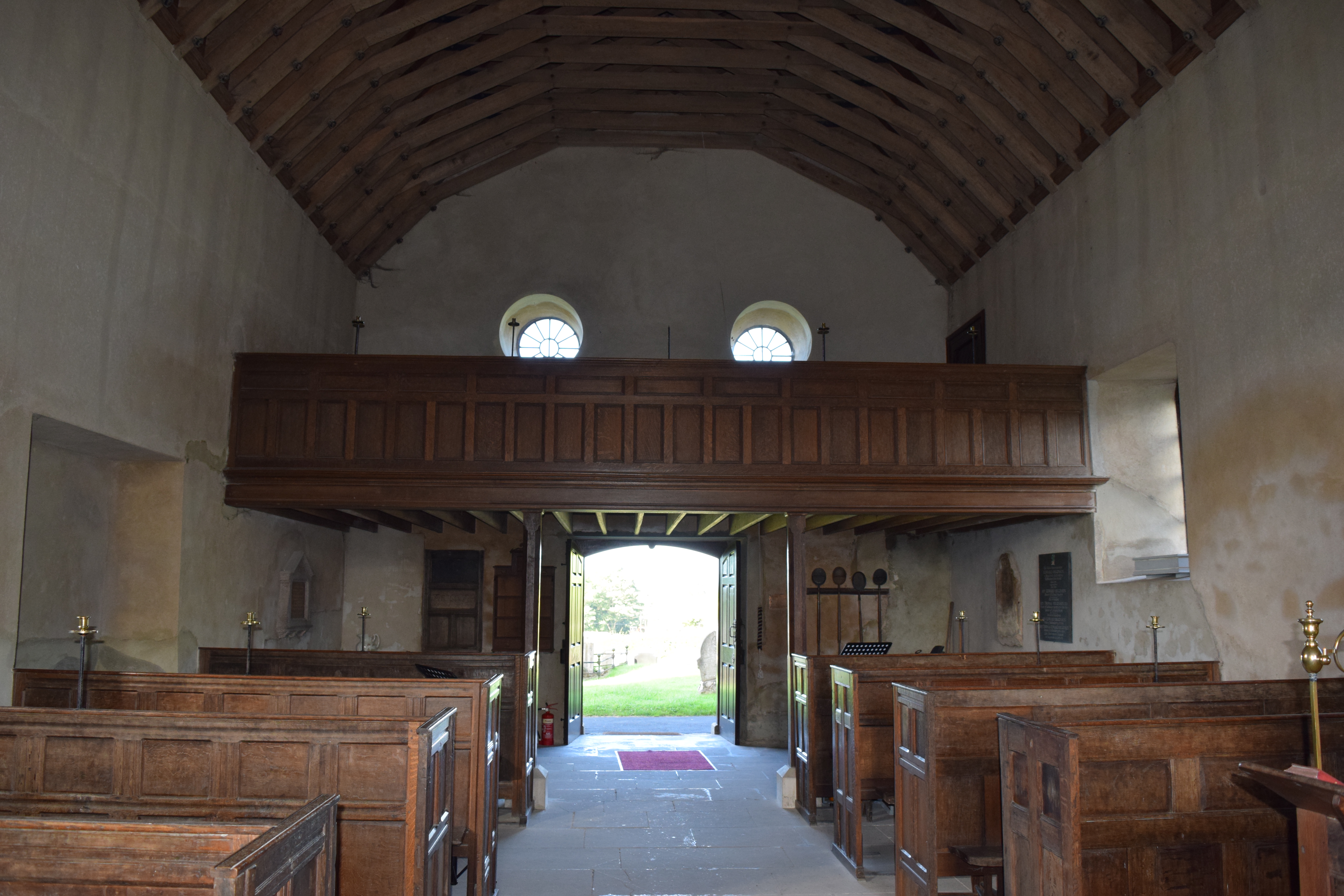 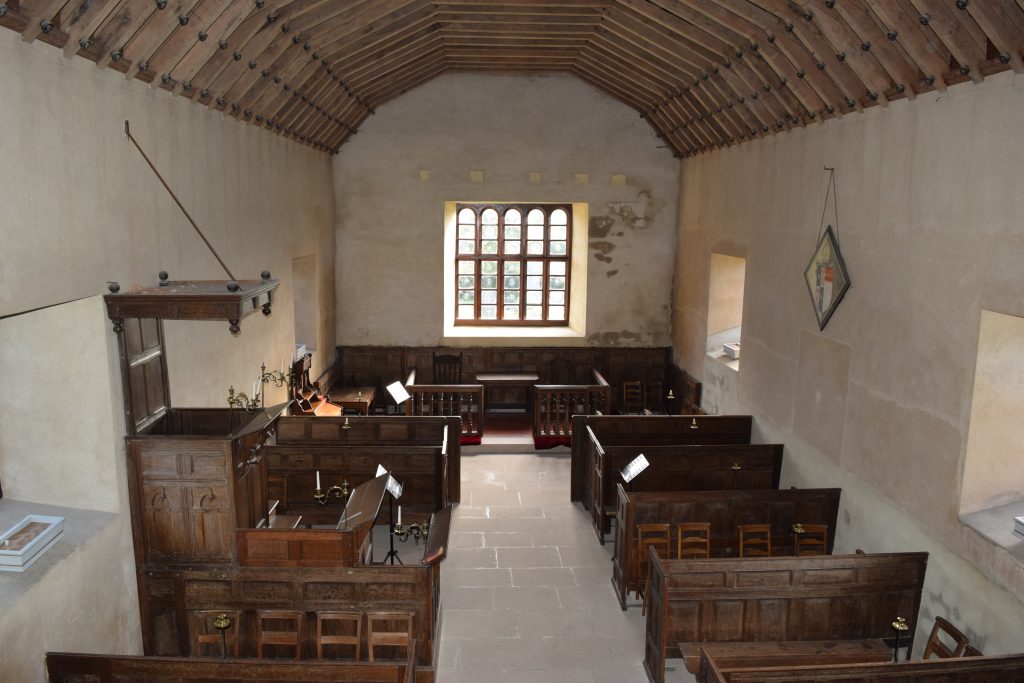 The Middle Church measures 72 feet long by 29 feet wide. It is thought that some of the wood used in its construction was removed from the medieval church at Portmore and reused here. The interior has the original 17th century communion table and oak pews with fixed candleholders. The three deck oak “pepper pot” pulpit has the lowest seat for the parish clerk who led the responses of the congregation, the middle seat for the conduct of the service, readings and prayers and the upper section for the preacher.

The large pew opposite the pulpit is traditionally known as “Lord Conway’s Pew.” A funeral hatchment bearing the arms of Bishop Taylor is on the wall opposite the pulpit. Fixed to the west wall is a former pew door, which has the date 1668 and two sets of initials carved on it, possibly the initials of the Churchwardens at that time. The church possesses a silver chalice dating from the 1660s which is inscribed “the cup of Ballinderry” and several 18th century Prayer Books. There is an alms chest dated 1706 and four long handled brass collection pans which are still in use.

At some point the church seems to have been lengthened westward by nine feet to make room for a gallery which is accessed by an external staircase. Presumably this was done to cope with an increasing congregation. The door seems to have been on the south side at one time but was moved to the west when this extension took place.

There are two circular windows in the west gable, over which is a simple bell turret. The original 17th century bell was taken down in 1869 at a time when the church was not in use. It was sold in Dublin and later recast into a bell for Gilford Church.

In 1954 the present bell was donated by Wing Commander Higginson who had family connections with Ballinderry. 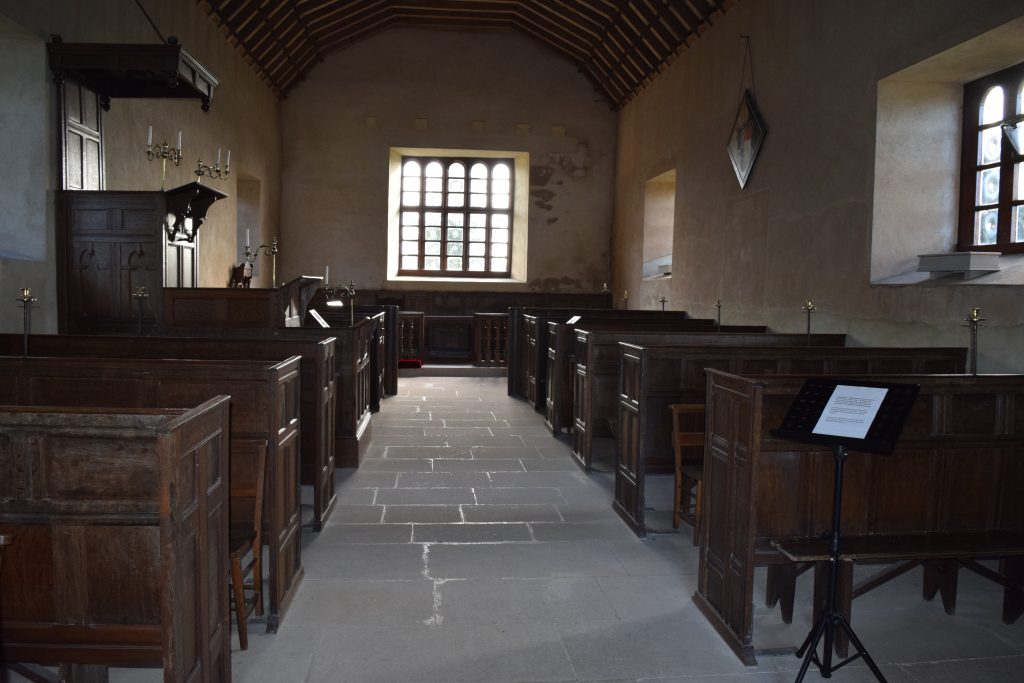 Services continue to be held in the Middle Church on Sunday evenings during the months of July and August. There is also a service on Good Friday and a Carol Service on the Sunday before Christmas Day.

Jeremy Taylor was a famous theologian and Bishop of the 17th Century. Born in Cambridge in 1613 Taylor was a lecturer in Divinity at St Paul’s Cathedral, London.

In 1638 he was installed as Rector of Uppingham in Rutlandshire and later became Chaplain to the Royalist army of Charles I. Following the defeat of the Royalist forces at the battle of Marston Moore in 1644 Taylor fled to Wales. He was introduced to Lord Conway who had vast estates at Portmore in Killultagh as this area was called in those days. Lord Conway was anxious to have someone of Taylor’s stature and eloquence as his Chaplain and eventually Taylor came to Killultagh in 1658 having been given a special pass by Cromwell.

When Charles II came to the throne and with the restoration of the monarchy in 1660, Taylor was rewarded for his loyalty to the crown by being made Bishop of Down, Dromore and Connor. Bishop Taylor died at the age of 55 in 1667, a year before his church was consecrated. He is buried in Dromore Cathedral.

In September 2018 we held a weekend of 350th celebrations. 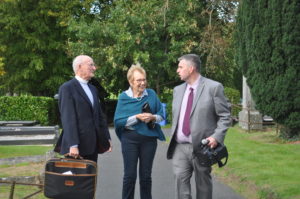 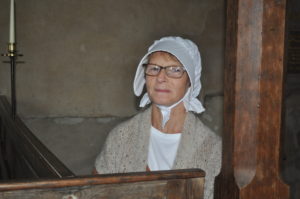 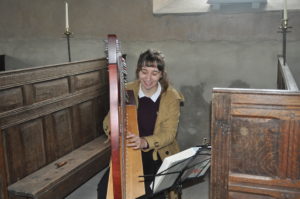 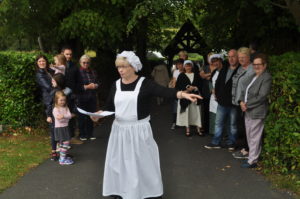 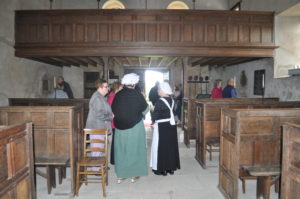 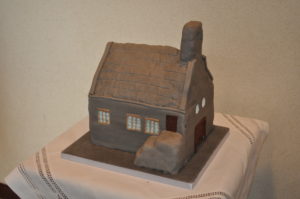 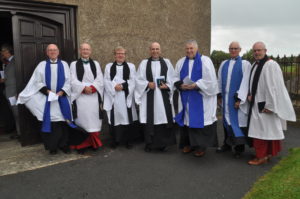 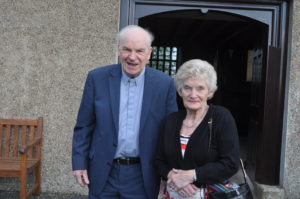 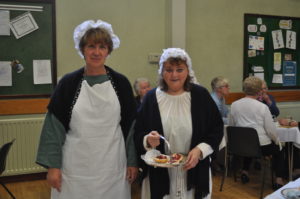 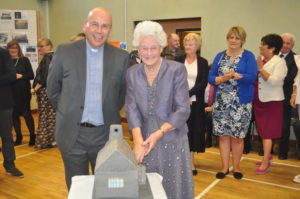